This week the Vampire interrogation chair welcomes Elizabeth Morgan, author of Cranberry Blood to answer its brutal and probing questions, which it asks with all the pain and suffering of a Klingon Hug Dungeon…

I first met Elizabeth last year at the Leeds Steampunk market and will be sharing a stall with her at the upcoming Yorkshire CosPlay Con in April… if you are in the area pop by and say hi! Click the links to find out more details about these events… 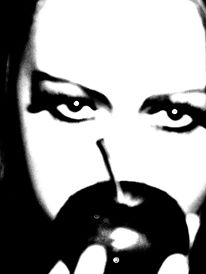 Now, over to Elizabeth…

Gosh, earliest memory of writing. When I was in primary school I remember my year sixth teacher reading out, god I think it was like a paragraph of some little story I wrote for some assignment in English. He was very impressed. Can’t remember what the story was about, but I think there was snow involved. As you can imagine it was a long time ago, but writing started off for me in my English lessons. If I was told we had to write a story, I would gladly do so and aim to write something good.

It was 2009 when I decided I wanted to write a book with the aim of publishing it. During my last year in college – 2006 – I started writing scripts – I studied Musical Theatre so I was very in to acting and shows etc – I did this up until 2008 until a friend of mine suggested I try and write a book. I was always very detailed with my scripts, too detailed for scripts really. So yeah, it took me a year to come up with something that I wanted to write and once I had the story I just dived right in.

I’ve wanted to act since I was about four – part of me still does now at the age of 26 – but during my final year of college it dawned on me that as much as I loved performing, and I did, I had an imagination that was constantly throwing ideas out at me and it seemed like such a shame to waste those ideas; to waste my imagination. So, that’s why I started writing with the aim to be a professional writer. 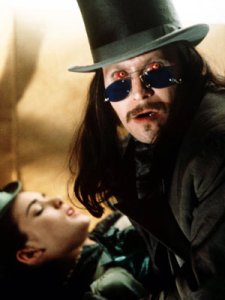 I don’t really feel that I have a strength. I would like to say my stories are interesting, funny, different, and sexy or that I at least have a good voice, strong characters… but I honestly don’t know.

Weakness is easy, and I am utterly ashamed to admit it, but grammar isn’t my strong point. I’m terrible at editing, which I suppose is a good thing because my editor would be out of a job if I was great at tidying my messy writing up. Naturally, it comes down to practice. I’m better than I was when I started writing. You pick things up as you go and notice those bad habits you have.

I feel like a bit of a fraud; a writer who isn’t very good with grammar? Terrible. I have an imagination, though. I feel it’s a pretty damn good imagination. I can write a story, tell a -hopefully – good story, but I definitely need my editor to whip everything in to shape before it is ready for the public’s eyes.

I have lived in a terrace cottage in Cheshire for the last five years. It’s a lovely house, and the area is pretty, but no, I have not yet had any inspiration from this area. If I’m totally honest, although all my stories are set in different locations I haven’t had any inspiration from areas I have visited. Usually when I have an idea and I get the feel for where it could or should be set I go on google map, and then on to street view. I don’t really travel very much, which is a shame. I’m sure I would be inspired if I ever had the chance to venture out.

5)      Which book, if any, would you consider to be your greatest influence and inspiration?

I wasn’t a big reader as a child. I know, it’s dreadful. I enjoyed my mother reading to me, but I didn’t really read a lot. And then during my first job at the age of 16 my colleague/friend lent me Mooncalled by Patricia Briggs…. I haven’t stopped reading since. I love books. I love stories. I’m ashamed that I didn’t start sooner, but as my friend said, it’s finding the right genre(s) and as crazy as it sounds I wasn’t really aware of how many genres there were until my friend got my hooked on books. That seems so stupid, but like I said I wasn’t a big reader. So Patricia Briggs book Mooncalled. Read it, loved it, read the next book in the series and so on. This was around the time I was writing scripts, around the time my other friend suggested I try writing a book of my own and well, after being introduced to Urban Fantasy I just fell in love with the genre, the possibilities and yeah, my mind was made up.

So, I guess you could say that Mooncalled was the book that inspired me to write my own stories.

I’ve been dreaming about Vampires since I was a child. I would constantly dream they were chasing after me and my family; they would kill us off one by one and I would always be the one remaining. Yeah, I had issues lol

I’ve always been fascinated by Vampires and the way they have been portrayed through books and films, and well, I decided to pay attention to a very good piece of advice; write what you know and what you love.

I love Vampires. So, I just decided that if I was seriously going to write a book then I might as well write about one of my favourite creatures, so I did.

7)      What do you think is the attraction for Vampire fiction? Why is it such a popular topic?

Personally, I believe the attraction is that they are altered, magical, and limitless version of ourselves. They are the impossible. Humans “aren’t” supposed to survive after death; they “aren’t” supposed to live forever, and they “aren’t” supposed to remain ageless, or possess great power, or strength. They’re primal and dangerous. They live by their own rules, but there is so many ways you can write these creatures, evil, tortured, good, but their nature will be forever held against them – who doesn’t love to read about inner turmoil. They can be the monster you would run from, or the bad boy/girl you desire, or even the boy/girl next door with a few hidden secrets, but you love them any way and will route for their happy ever after.

8)      In a fight between all the greatest Vampires of fiction, who do you think would come out on top?

Oh, tough question. You know, I’m going to go with the prince of darkness, Dracula. I’m sure every other vampire in fiction would fight well and give it their all, but Dracula is… well, the man. The undead man, but he’s epic. I’ve got to believe he will live up to his title.

9)      What about in some other contest such as sexiness or dress sense? Who would win that one?

Sexiness, well Mitchell played by Aidan Turner in the TV series, Being Human. Irish Vampire, yes please. And yet I still have to say I do find Dracula sexy, he’s the prince of freakin’ darkness, how is that not hot?

I tend to find that most Vampires have rather good dress sense, so I wouldn’t be able to pick anyone out, but Selena from Underworld; totally rocks the leather cat-suit.

10)   How well do you think one of your characters would fare against the winner(s) of the above?

I think any of my characters would give as good as they got. Everyone is capable of being defeated. So, I think they would stand a good chance. I think Heather would be able to kill Mitchell – though it pains me to say that – he was never really a fighter. Selena uses a gun and my Heather uses a sword, so if they were going hand to hand…. well, at present Selena and Dracula would probably beat Heather, but I have faith in my girl and after the U-turn her life is about to take, well, the odds might be more in her favour. 😉 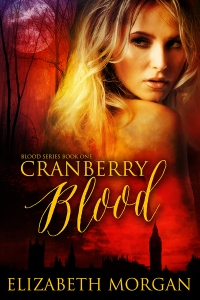 11)   Tell us the basic premise behind your latest novel.

My current WIP is still without a title – I have two titles in mind, but I can’t decide which one I prefer at present – so it is currently known as Blood 2. Blood 2 is the second book in my Blood Series, and follows on right where we left off from Cranberry Blood (Blood Series: Book One).

Heather Ryan has gone over to Italy to hunt down the second generation Vampire Marie in the hopes of discovering where the ancient, Marko Pavel is so that she can finally kill him. She is also hoping to discover where the three members of the UK Werewolf Pack – whom were kidnapped at the end of book one – have been taken too, but she is in the territory of the Italian Pack who are having a hard time believing that the Vampires are experimenting on Infecteds, Loup-Garous, and Werewolves with the goal of creating a hybrid.

We’re in new territory, we meet interesting new characters, and as I mentioned above the story is really just continuing from where we left off. So, more Heather and Brendan, more sarcasm, humour, action, blood, and the discovery of a few secrets, which will tie up loose ends from book one.

For more information on the Blood Series or any of my other titles:

Where to find Elizabeth Online:

Thanks so much for joining me, and thank you for letting me take part in Vampire Month, David. J

Like her tagline says; A pick ‘n’ mix genre author. “I’m not greedy. I just like variety.”

She also has her hand in self-publishing. Look out for more information on her upcoming releases at her website: www.e-morgan.com

Away from the computer, Elizabeth can be found in the garden trying hard not to kill her plants, dancing around her little cottage with the radio on while she cleans, watching movies or good television programmes – Dr Who? Atlantis? The Musketeers? Heck, yes! – Or curled up with her two cats reading a book.