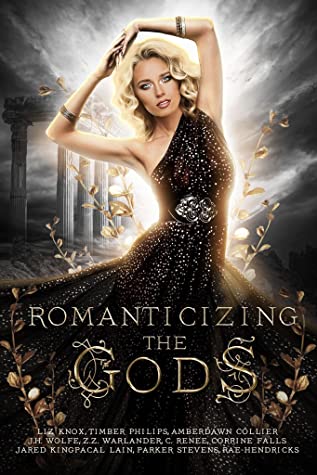 In the next of our interviews of the authors of The Elementals, we have Jared Lain who wrote Weyward City Blues – a detective story with an elemental twist.

Jared has collaborated with Timber Phillips and Liz Knox on a few other projects, including The Waters Edge and Romanticizing the Gods.

The anthology theme is ‘Elementals’, what does this mean to you and how did you interpret it in your story?

The Elemental motif is popular in fantasy, and extending this to a romance story was easy. I liked creating archetype characters for each of the elements. I interpreted the theme to create a modern setting where five castes of predominantly female magic users lived in harmony with each other, where their elemental magics were put in a superior position to our modern guns and computers male dominated world.

Where is your story set? Is it a real world location or one you made up? What drove you to set your story there?

Weyward City Blues is set in a fictitious city set in a vaguely PNW/Northern California vibe. The city is completely made up, and I was drawn to this part of the country for it’s revolutionary spirit, and more nature and spirit oriented views on religion and politics.

Are there any personal experiences in your story? Things you have done, people you have met etc.?

One of the biggest influences on my writing in this story comes from my own place of employment, where the company is owned by women, and the overwhelming majority of the employees are women.

What drives the main characters of your story?

The main character of the story is driven by the fact that he is an outsider, and an apostate. In a city dominated by female magic users that have thrown off the old model of police and leadership, he is a former cop and one of the rare male witches. He’s conflicted because of what he can’t let go of, and what he can embrace, i.e. the past and the new present respectively.

What was your writing ‘method’ for this anthology? How did you progress from initial idea to the final, published story?

I used a basic plot outline, and started with the initial concept of flipping the roles, magic is prevalent but almost all the users are women, witches. The main character has gone from being part of the old majority, a cop and a man to being a serious minority, an ex-cop in a city where the police are gone, and women with magical power are in control.

Describe the premise of your story.

A former cop turned witch is called into an abduction and murder mystery where he has to look at who he is, who he isn’t anymore, and how he can resolve the abductions, face a chain wielding biker, and will the girl get him, or will he mess it up?