I have always been surrounded by books and music from an early age. The people I have to thank for these plentiful gifts are my parents, Denise and Ian. 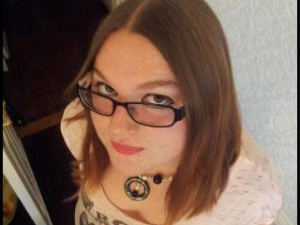 As a child, my parents would sit on the side of my bed and read bedtime stories, ranging from classics like Enid Blyton’s Noddy books (which had previously been my older sister’s) to J.R.R. Tolkien’s, The Hobbit (which is my mum’s favourite book).

Their music tastes differ greatly too. I grew up with the likes of Dolly Parton, The Drifters, Electric Light Orchestra, Genesis and Phil Collins… The list though, is quite frankly, endless.

I have been writing professionally since 2010, since I started my BA (Hons) Professional Writing Course, at The Grimsby Institute. During this time, I have written a multitude of assignments, ranging from academic essays, sequential art scripts, short film scripts, short stories.

I have written these in a variety of places, ranging from university to my home. The library and open access areas are quiet places with top of the range technology, and plenty of resourceful textbooks.

During an essay last semester, we were asked to write about our working practices. Whilst undertaking the essay, I have found that I work best in my kitchen, laptop on the table, surrounded my papers and books and pens. I find it is the most comforting place, and not just because it is easy access to the kettle for a cup of tea, or the biscuit barrel.

My mum believes it to be the heart of the home. A place of safety and comfort, where everyone can reconnect after work. It is the place to sit and gossip over a cup of tea.

You can sing along to the radio or a CD whilst cooking up something. 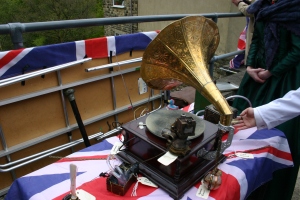 In my house, Magic 1161 is the radio station of choice. There is no arguing with my parents, who prefer to listen to the oldies, rather than the new manufactured music that the media produces. I have grown to like the music that plays, even though the presenters are quite annoying at times. Particularly on a Sunday afternoon – I swear the man loves the sound of his own voice.

However, the CDs often change. In my kitchen at the minute, there are small piles of disc cases, each one as different from the last. There is: Adele (my dad’s choice), Black Veil Brides (my choice) and Paloma Faith (my mum’s choice).

When I’m writing, I don’t hear the words often. I hear the notes. When the radio plays or the CDs are on, its background noise. I think it is comfort.

A lot of the students in my class enjoy listening to music whilst they write, whether academically or creatively. One girl, majoring in film and television scriptwriting, likes to listen to soundtracks. Her favourites at the minute are Gladiator (2000) and The Hunger Games (2012).

Another girl, this time majoring in prose, likes to listen to music she hasn’t heard in a while. This can range from metal group Mötley Crüe to pop sensation P!nk.

I can listen to any type of music whilst I write. I am an avid musical fan, but I also love rock and heavy metal, and music that comes from Asia. When I’m writing, I prefer to listen to whole albums, instead of hitting the Shuffle button. It has happened before when the music changed drastically and I completely lost my train of thought.

Just a few weeks ago, my mother went into the hospital for surgery. To take my mind off this, I decided to edit the rest of the novel which I am writing for university. The novel is an adult fantasy romance about Greek mythological nymphs, and the re-emergence of their mystical powers.

The music of choice that day was Jeff Wayne’s The War of the Worlds (1978). I had fallen in love with the soundtrack after seeing it performed in December last year at Sheffield Arena with my mother.

I was so focused on writing that I was able to plough through the remaining ten chapters. I didn’t hear anything my brother said to me, 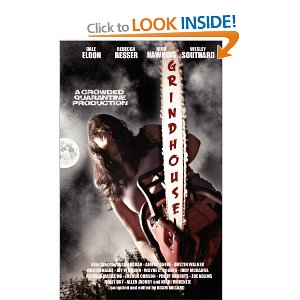 occasionally breaking to make notes on my printed manuscript.

My dad, who was in the kitchen reading, remarked that with music on I was more driven and collected, even though my pen occasionally tapped in time to the song that had been playing.

Everyone is different with their reading choices, and what genre they prefer to write. I have found that when I’m writing fantasy and horror, that rock and metal work really well. Often these pieces have some allusions to lyrics or song track titles. I’ve realised this happens more often than not lately. Here is an example of how one band has encouraged my writing.

Charlie Parker, American jazz saxophonist and composer (1920-1955) said: “Music is your own experience, your own thoughts, your wisdom. If you don’t live it, it won’t come out of your horn. They teach you there’s a boundary line to music. But, man, there’s no boundary line to art.”

How true is that? He is right – there is no boundary line. Look at all the genres which cross into each, and not just in fiction. It will ever be present in films. An example of blending the genres is Repo! The Genetic Opera (2008). Writer Terrance Zdunich created a musical, comedy, horror, and it is one of the most influential and thought provoking films I have seen in a long while.

I pose a question for you now readers, writers, and various other creative types to think about. Perhaps you might want to answer it…

Does music help you in your daily life? Does it inspire new, innovative pieces? Are you perhaps a musician that wants to relay a message to those around you?

Born and bred in Cleethorpes, I’m a full-time university student at The Grimsby Institute. I’m studying a BA (Hons) in Professional Writing, and I’m majoring in Prose for my final year.

I love reading and writing, and have done since I was a child. I grew up with books that stirred my sense and made me want to try it for myself.

Since 2010, I have been writing professionally for a factual reference website (The Fact Site), and freelancing for an online magazine, specialising in women’s sex, relationships, health and wellbeing (Rude Magazine).

I generally write fantasy and horror, but I have no aversion to romance, crime and history.