I have over the past few weeks made barely veiled references to ‘some news’ which will be made public over the next month or two. There has also been a vague request for a cover designer which may have given some people clues as to what is occuring.

Well, I am now going to reveal the news that I have been wanting to reveal for many many years now… more years than this blog has existed, in fact, news that has awaited announcing since the dark times BB*.

I have a release date for Transitions, my Paranormal romance novella. It is currently a ‘tentative’ release date but it is an actual date written down in an official schedule in actual pixels and everything and the chances are it will be firmed up sometime soon as it is basically only tentative because the final edits were still underway. Those edits have been completed and submitted and accepted so there is nothing for me to do now but sit and wait for things to happen…

The current release date (for the ebook version) stands at the 21st of August, 2012.

I am currently awaiting a mail with a cover design attached to it. I know that is underway because I have had an e-mail telling me that the artist wanted me to change permissions on my Flickr account so she could see some photos I took for reference of one of the locations I use. As soon as I have that cover, I will post it for you all to see. 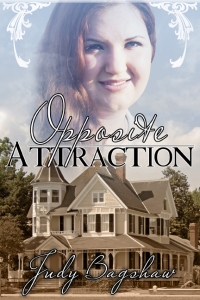 In the meantime, sometime over the next few weeks (the 24th of July according to the most recent estimates) the first novella in that collection will get its release. Judy Bagshaw’s Opposite Attraction will be out for you to buy and read and we will have Judy herself on this blog taking a guest spot.

Then, after my release in August, we have three other novellas from the same anthology, one a month. I will release details of these when I know the order but I do know that Skyla Dawn Cameron is going to be the final author in this list and everything she writes is awesome**.

Finally, if all goes to plan, there will be a print publication of all of the novellas

Oh, and in case you might be confused… the cover designer I asked for recently is not doing the cover for Transitions or any of the above novellas. That is amply covered by the contract with the publisher. They are doing the cover design for a freebie story called The Curse we produced as a group when putting together the anthology. It was originally intended to be included in the print anthology but it would have made the book too big to be economically viable. So, we decided to self publish it and use it for giveaways.  I will be posting details of how you might get a hold of a copy of that later too…

More news will be posted here as and when I get it.

*BB = Before Blog. A time when I only had Live Journal, Facebook, Twitter, the telephone, letter writing, semaphore and actually talking to people face to face as methods for communication. How we managed to talk to each other in those primitive times of Pre-2010 I will never know…

** Seriously, I Beta read her entry for this anthology and it was awesome when I read it as a first draft. It was the first thing I have ever beta read where I literally had no changes to suggest. I had to nit pick to the nth level just to have something to say beyond ‘this is perfect’ so she knew I had actually bothered to read it. The version you are getting has been edited even more so I am sure it will be even more awesome. She designs covers too.