So, here we are in the third year of Vampire month. It does not seem like three years since I first had an idea to bring together three authors who all had Vampires in common, ask them some questions and get them to write me a guest post. However, that is how long it has been.

For those new to this, Vampire month is dedicated to all things vampire and takes place over the month of March. I could have been predictable and had October be Vampire month, and lost it among a plethora of ghouies, ghosties and long leggity beasties. I could also have thought slightly out of the coffin* and played on the angst ridden romance side of most Vampire stories and had February as Vampire month – tying it all to Valentine’s day. However, I looked at March, all alone and bereft after Valentine’s day, with only a single mentally challenged hare to keep it company while everyone wishes it would just hurry up and finish so they can concentrate on Easter properly, and thought: There’s a month that need some love. Some dark, angsty, abusive Vampire love.

Or maybe, you know, I actually had the idea too late to get everything ready in time for February and really could not wait til October to do it and dumped it all on the first available month I could find and now I am stuck with it.

Decide for yourself which of the above stories is true… 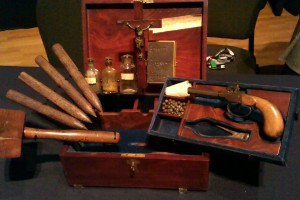 So, on with the month. This year I have what can only be described as an eclectic mix of contributors in that we only have two of them who are actually authors and one of them is being brave enough to submit herself to the process a second time. The other two slots are taken up with an artist and the very left field addition of a museum curator. I’m very excited by both these additions.

So, here is the lineup:

Look out for post from all of them as the month progresses.

*like thinking outside of the box but with an undead bias, obviously…