In March, we interviewed Alex for Vampire month and she provided the exceptional ‘Vampires of my life’ post. At the time we hinted that that she may be back soon. Now, here she is literally one day after the release of her debut novel (an event I was privileged to be sitting next to her while it happened at the MancsterCon, the sight of her face when she opened the box was classic) telling us all about it. 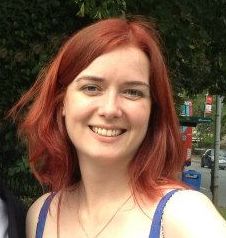 I think all authors have a touch of magpie in them somewhere – I know I do. I see something shiny and I want to steal it and put it in a book. Sigil of the Wyrm is a nest of glittery things I’ve collected – it’s full of real places from the North East where I grew up, and a few real people have cameo parts, or have lent me bits of dialogue and turns of phrase. And the main concept, the Lampton Wyrm itself, is from a local legend and, for me, bedtime story I heard as a kid.

With great difficulty! And a lot of discussions with my editors. Even then it changed several times in the process. Titles are very polarising for me – either there’s one title that jumps out at me immediately and it’s perfect, or nothing is ever quite right and it takes an awful lot of work to come up with something.

I’m very wary of spoiler-ing the ending, or of giving away secrets that are going to become plot points in book two, so this is going to be a little cryptic. There’s a very famous essay by Roland Barthes that I read at university when I first conceived of the novel. I took the title a bit too literally, and it inspired something that happens in Chapter 22. With that in mind, you should be able to work out who a certain character is based around.

The Sneak-Peak Pre-Release we did at London Film and Comic Con in July. I’m a total geek, so being told I was taking my book to Comic Con… I spent several weeks trying not to get my hopes up because there must have been a mistake somewhere, and my publishers couldn’t really have meant Comic Con… Except they did, and it was amazing. All the authors there were really friendly, and I met so many fantastic people, and I actually sold out of the copies I’d brought with me. It was a whole weekend of “I can’t quite believe this!”

The denouement. Chapters 20-22 took so long and so many revisions to get right, and I think that was because I was holding on to a plot element that I’d had since the beginning, but which no longer fitted. The novel had grown up and outgrown it, and it took me far too long to realise that. In the end, I just had to tear up those three chapters and re-write them from scratch, taking it in a slightly different direction, adding new scenes and even some new characters. In the end, it turned out to be the best decision I could have made, because it was a big injection of new writing into what had become a somewhat stale ending.

6. So, it’s been 5 months since you were interviewed for Vampire Month on this blog. Have the last few months been busy ones for you?

Very much so. A lot of scrambles to deadlines, plus a bit of publicity work in the run up to the launch, and the Sneak Preview at LFCC in July… and that’s even without factoring in a day-job and a social life!

7. As a newly published author, are there any differences between your expectations and what it is actually like to be published?

Not really. I mean, I haven’t made my millions yet, but then I never really expected I would (just hoped!). On the whole I went into the business with my eyes open, and with a fairly realistic view of what it would be like – both the good sides and the bad.

8. Your novel, Sigil of the Wyrm, has its roots in the Lambton worm legend. What are your earliest memories of that legend?

My Mum singing me this song to get me to go to sleep: https://www.youtube.com/watch?v=zUVWdGwVBw8 It’s a bit incomprehensible if you don’t speak Geordie, I’m afraid, but I can provide a translation if required…

9. Are there any other popular legends you think might be ripe for interpretation into a novel? Do you plan to do one of these in the future?

Lots! I’ve already got several plans for book 2, which is going to draw quite heavily on a few Arthurian Excalibur myths, and also a lesser known story about a character called Tam Lin. That happens to be one of my favourites, because it’s one of the few times the girl gets to save her prince, not the other way round!

10. You are known as a feminist and a geek. What is your reaction to the claims that women cannot be geeks?

Raucous laughter? Beating them around the head with my Masters degree in Science Fiction? Point them at the vast number of women I know who have even better geek credentials than me? A massive wall chart pointing out all the fantastic Speculative fiction written by women, all the way back to the fact that a woman *invented* sci-fi as we know it (Mary Shelley, Frankenstein, 1818)? Depends what kind of a mood I’m in, but I disagree with that sentiment in the strongest terms. Luckily, I’ve almost always found Geekdom to be an open and welcoming subculture, and it saddens me that others of my gender have not always found it to be so. 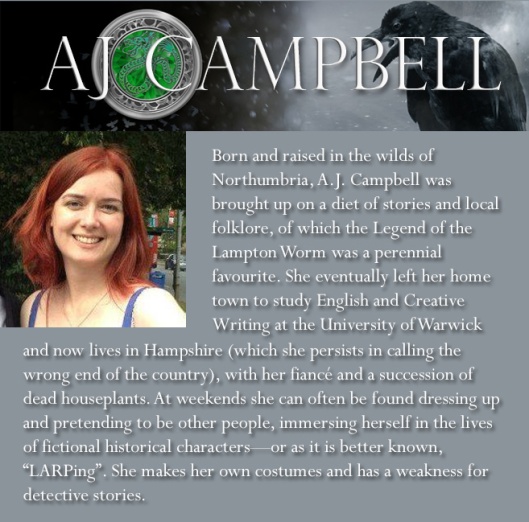