So, despite being in a sort of hiatus in terms of writing, mostly because I have been working with my writing group to develop some ideas more thoroughly, I have managed to submit to an anthology… and it came out recently. The details are below. I submitted a story about Rachel Drake getting very irritated at not being told the whole plan in a game of international diplomacy…

Blurb:
In this collection we have brought you tales from nine incredibly talented authors. All with one objective, to bring you alphas that are out of this world. Whether you’re looking for an angel in despair, creature in the dark, or a controversial hybrid. We’ve got something for everyone. Take a dive into the unknown, you won’t be disappointed.
Add to TBR here: https://goo.gl/UagTph
One Click Here: https://goo.gl/7hifGg 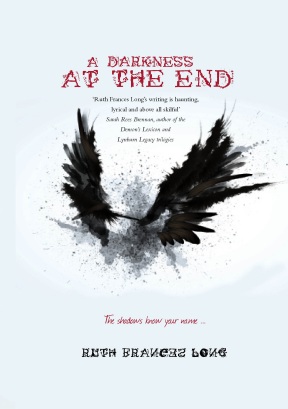 At EasterCon in April this year I had the pleasure of being on a panel moderated by the fascinating YA fantasy writer, Ruth Frances Long. After spending a lot of the conference talking to her about many various and random things (Irish census data being one bizarre topic) and on hearing she had a book release this month, I invited her to do an interview.

You set your books in Dublin and a fey mirror realm called Dubh Linn, how important is setting to you and how much of your real world experience of Dublin has gone into your world building?

Setting is extremely important to me. I believe that when writing fantasy the more real world, definite details a writer can put in, the more real the world becomes and the fantasy elements become more convincing. I grew up in Dublin and in Dalkey (the town just outside where Izzy comes from) and made a number of research trips to each setting. I have so many photos of the various settings that I think my computer might melt some day soon.

Your Dubh Linn series draws on a lot of Irish mythology. What is your favourite story from these myths?

It’s very hard to pick just one and so many of them have gone into the Dubh Linn books. Many of them are local folklore – which range from stories to tiny details about buildings and places. I love stories about fairy trees and mounds, about not messing with the Sídhe. In the grander mythological sense I’m very fond of the story of Midir and Etain, but didn’t really use it in this story. One that I used is that of the Leanán Sídhe, the fairy lover or muse, who seduces artists and musicians, making them great but draining them of their life force so their lives will be brilliant but short. I combined it with the urban legend of the 27s, musicians who all died when they were 27, which made for a different twist.

Who would win in single combat – Cuchulain or Hercules?

As R.F Long you also write paranormal romance. Do you find there is a difference between writing this and your urban fantasy work?

A lot of it is to do with voice and themes rather than anything else, the type of story I’m telling. There is actually a lot of overlap but voice always is a key element in YA.

Do you find that being a romance writer has helped you develop more realistic relationships in your fantasy work or has it been a hindrance?

I think writing is all about capturing emotion – whether that’s love or fear or hate, whatever. I’m not sure if writing romance has helped that but the sense of emotion and the sense of story are key ingredients in romance. I love writing about relationships because of all the emotions relationships throw up. It isn’t just about love.

How has your work as a librarian helped or hindered your career as a writer?

I came to both through a love of books. I don’t think that could ever hinder a writer. Perhaps by putting far too many books easily to hand to procrastinate with. But that also has the advantage of research!

You have obviously been very successful in two genres of fiction. Do you feel you have yet ‘made it’ as a writer or are there still things to achieve to get there?

I’m not sure any writer ever feels that they have “made it”. There’s always room to grow and each new book presents a new challenge (or abject terror of getting it wrong). I tend to follow the story and telling the best story I can and having people read and appreciate it is the most amazing thing.

If you had a choice, which author (living or dead) would you like the chance to spend some time with?

I’m a bit fan of Terry Pratchett and I’d like him back to tell more stories.

What would you do with this author?

I’d like to talk to him about folklore because I think he had a sublime understanding of it. I love the way he worked it through everything he wrote.

Tell us more about your latest release – A Darkness at the End.

A Darkness at the end is the final book in the contemporary fantasy trilogy set Dublin and Dubh Linn, the fae world that exists in the cracks and corners of reality.

Angels, fae demons and humans are drawn into lethal conflict as the fate of the world hangs in the balance in the final instalment in this urban fantasy. Holly, the fae matriarch, tries to seize the power of heaven for herself, while Izzy has lost her memory and Jinx is dead … or is he?

Confronted with ancient powers, sacrifice and treachery. War is looming within the ranks of the Sidhe. The angels and the demons begin to draw lines, daring each other to transgress and start another war …

You have just ended a trilogy. What is next for you? What stories are there in your future?

I’m currently working on a Space Opera, and a Young Adult contemporary, and a timeslip… so plenty.

Ruth Frances Long writes dark young adult fantasy, often about scary fairies, such as The Treachery of Beautiful Things, A Crack in Everything, A Hollow in the Hills and the forthcoming A Darkness at the End. (O’Brien Press, 2016). As R. F. Long, she also writes fantasy and paranormal romance.

She lives in Wicklow and works in a specialized library of rare, unusual & occasionally crazy books. But they don’t talk to her that often.