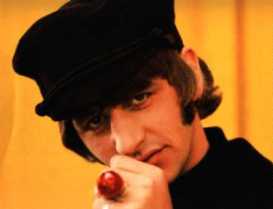 When John, Paul, George and Ringo appeared in the films A Hard Day’s Night and Help! they basically played themselves – the four cheeky lads from Liverpool – quick witted, dressed in collarless suits performing the best music of the day (and beyond actually) crafted by their own fair hands. But of course the plots that entwined the Beatles in those movies were fictitious: Paul’s fictional grandad in the form of Wilfred Brambell accompanying the boys on the train journey in A Hard Day’s Night and Ringo’s ring being sought after by an exotic cult in Help! Because they maintained their characters in fiction as in real life it opened up a door for their fans to somehow get an authentic insight of their idols, and no matter how absurd the storyline may be, it became a believable journey for the viewer (except perhaps the pursuit of Ringo’s ring!). 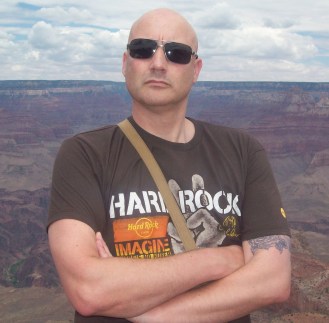 The first time I personally took note of a firm intention to mix fact with fiction in the literary world was through Dan Brown’s novels featuring the fictional character Professor Robert Langdon, a Harvard University professor of religious iconology and symbology. Brown’s novels Angels & Demons, The Da Vinci Code and The Lost Symbol introduces us to mind opening themes such as a bloodline of Jesus Christ, secret societies, the Masons, Opus Dei, the Illuminati and the Knights Templar. Some of these exist or existed. Fact. But as one reads Brown’s undoubted page turners it is often difficult to fathom exactly which is fiction and which is fact. And there you have it – suddenly the story is believable no matter how extreme the journey may take us. The reader can connect on an emotional level yet still be wildly entertained.

I write novels in the hope that they too are page turners. I like to stretch the boundaries of 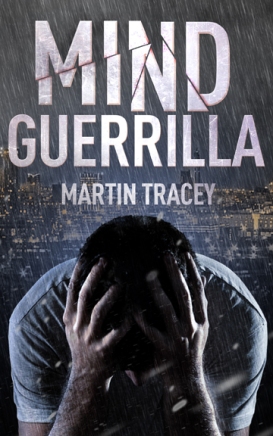 reality and I weave in facts with fiction to assist with that journey remaining believable. In Beneath the Floodlights I introduce the concept of vampires merging with a football team. Pretty random huh? One injection of fact I use in that particular novel is setting much of the book in Sutton Park, 2000 acres including ancient woodlands. Sutton Park is the seventh largest urban park in Europe and it is soaked in history. By the 10th century Sutton Park was established as a Royal Forest by the Anglo Saxon kings of Mercia and by the early 12th century, the Normans used it as a deer park. The land was then given to the people of Sutton Coldfield by King Henry VIII in 1528 and it had been used by that very same king for hunting. A bonafide roman road also cuts through a section of the park. So by using these facts, straight away I had a solid foundation to create a gripping tale.

In my latest book Mind Guerrilla, I perhaps put a toe in Brown’s water by introducing the perfectly legitimate Institute of Noetic Science, but also the ‘secret’ activities of mind control programmes, groomed assassins and murders of famous people. Much already speculated in the public domain, often coupled with compelling evidence – yet often unproven in a court of law – dismissed as far-fetched conspiracy theories. Or, perhaps there really does exist a hidden force or hierarchy that are simply untouchable controlling such matters. Do societies and protocols really exist that never see the light of day for the unassuming Joe Public? There’s a lot of thought provoking stuff out there, take a look via google and You Tube, but I’ll let you be the judge. But again what a great basis for my story. My hero Detective suffers from a very real illness in Multiple Sclerosis yet he can perform acts of mind over matter – again not something we come across everyday yet acts of telekinesis are documented as long ago as 1890 by Russian psychical researcher Alexander N. Aksakof. My serial killer, ‘The Crucifier’, is likened to a number of well-known serial killers. Charles Manson and his Family is likened to my Religious Cult, the Adonijah Truthsters, and Manson’s fictional offspring in the form of two evil twins continue his vision of interpreting Beatles songs as a green light to perform acts of evil.

So when mixing facts with fiction it provides a conundrum for the reader. The crossover of the two worlds doesn’t altogether provide clarity of what is fiction and what is truth, which means that the page turning and engaging story could… just could…happen.

And when an author can connect with the reader his/her work is done.

Both Beneath the Floodlights and Mind Guerrilla can be found at my Amazon author page: