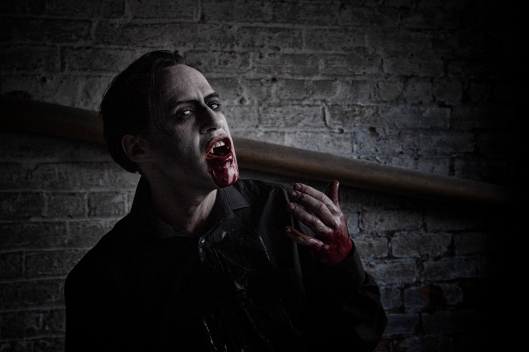 What is one thing we all know about Vampires? Well, that in the majority of cases they do not show up in mirrors. The reasons for this are never really well defined – some say it is because of some supernatural reason, others try to define it terms of scientific terms. There are even some that say that vampires do not like mirrors because they contain silver (a general ward against evil influences) or because, rather than not showing the vampire at all, they actually show what the vampire really looks like behind their hypnotic glamour.

I am not sure about oriental Vampires (their place in myth is more of a demonic nature than those in the West and they have different rules) but the mirror thing is often universal in western based Vampires, I suspect mostly stemming from the use of it in Dracula. What does differ is their reaction to photography. Do they show up on film or digital media? I suppose it depends on your camera – modern DSLRs usually use a mirror to reflect the image onto the sensor but older cameras, such as box brownies, don’t and so may well be used to capture the image of a vampire. And, of course, if your camera is based on the principle of a tiny imp with a paint box who can paint really quickly, such as Vampire photographer, Otto Criek, uses in the Discworld series you have no issues with vampire models. Just be sure to be careful how you use the flash as Otto’s main job related hazard seems to be his tendency to turn to dust whenever he uses it. 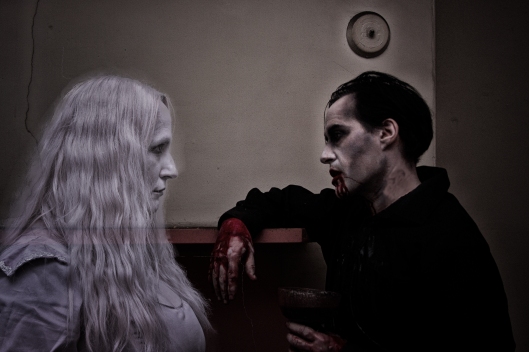 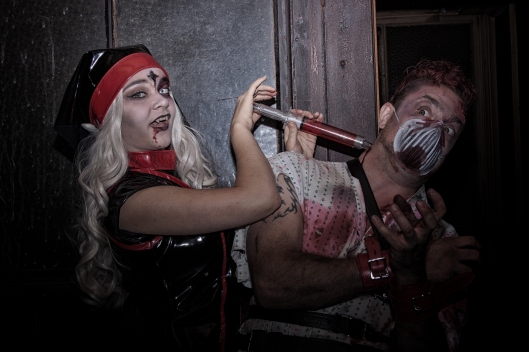 These shots were all taken and edited by me as part of a themed Horror shoot in an old factory above a nightclub  in Manchester city centre over the summer of 2016. We covered a lot of different ideas on that day but did end up with two entirely different vampires. One a tragic, gothic horror version played by Jack Cutler with his RL sister Em (who models as Sephirayne) as the ghost of the sister he murdered. The other a more modern, PVC clad kinky nurse and her hapless patient played by Annabella Victoria Stanyer and J C Baxter. I hope you enjoy what we have created for you.

You may remember this post from not very long ago https://lurkingmusings.wordpress.com/2012/06/03/a-day-in-the-life-of-a-fantasy-photostudio/

Well, the photographer has now posted his account of the day:

Hopefully soon we will be able to organise the second part of this complicated arrangement and hie ourselves to a woodland to shoot zombies (with cameras) and maybe show off some Roman elves… We are also hoping to soon have the edited photos with the magic of photoshop used to make them even more awesome (these are only roughly edited). In the meantime, enjoy the shots showcased on the above link.

Eddie emerging from a gravestone, a photo by waypointstation on Flickr.

I have been accused of not posting enough dog photos. Therefore, as a special Happy Easter gift to you all, here is a photo of Eddie taken while I was busy trying to do a photographic study of a local church.