Lucy joins us one last time for Vampire month today, to tell us how much she enjoys her working life.

One of the things I love most about what I do is the variety. I work from home, and do lots of different things that make up a full-time job—I write, I edit, I run my own marketing and web design business (http://www.writermarketing.co.uk). So because of that, no two days are the same.

When it comes to writing, I still have lots of variety. I write for several publishers, as well as self-publish. This enables me to write different lengths of story, with different pairings, heat levels and genres. I write contemporary and paranormal. I’m currently working on my first spy thriller, something I’ve been wanting to do for a while. I know some authors find a certain niche and stick with it, and if that’s what they want to do, then great. But I really enjoy the variety, and am very lucky in that many of my readers will check out my books no matter where they fall in genre, heat level, pairing, etc. Mainly because it’s tough enough to keep up with one name to write under and all the associated website maintenance and social media stuff—if I created pen names for all the different genres and pairings I work in, I wouldn’t be able to do it. So I embrace that variety, and am grateful to the readers that do, too.

Today the Vampire Interrogator entertains Lucy Felthouse with fiendish conundra about her writing, her life and whether her character could defeat Lestat. 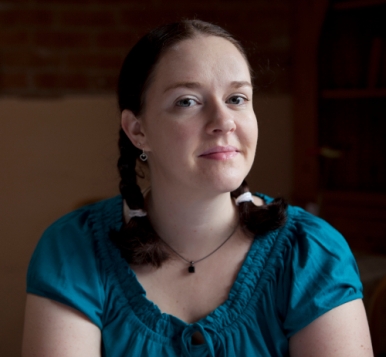 As a child I was an avid reader, and was often described as always having my nose in a book. This translated through to a love of writing. When I learned to write, I then started making up stories and putting them down in notebooks. It was so long ago that I literally can’t remember what I wrote about, but given one of my most read authors was Enid Blyton, it was probably along the lines of fairies, imps and magic. I really wish I had those notebooks now—I think it’d be both fascinating and cringe-worthy to see what I wrote about.

My greatest strength is probably producing nice, clean manuscripts for my various editors. My greatest weakness is getting distracted. I find it incredibly difficult to work if there’s noise around me. So when I seriously need to knuckle down, I close the curtains, put in earplugs and shut out the world.

Not specifically where I live. Nothing exciting ever happens around here. Or certainly nothing worth writing about. As for places I visit, a huge yes! Places I’ve visited are probably some of my biggest influences. I’ve written about places I visit on day trips, or weekends or longer holidays. The Peak District, London, Paris, Rome, Amsterdam, New York City… the list goes on, and on…

I wouldn’t say a specific book has ever influenced me. I just write whatever comes into my head. In terms of inspiration, again, I haven’t been inspired by particular books—more inspired when reading awesome books to create my own and hope that people read them and enjoy them.

I’ve long been a fan of paranormal books and films, so it was a natural topic for me to tackle.

I suspect escapism is a big part of it. Stories might be set in a recognisable world, but at the same time, when you’re talking about supernatural creatures, it’s completely different to real life, so there’s a level of disconnect from reality.

Hmm… I think it’s a toss-up between Dracula and Lestat.

For both sexiness and dress sense, it’d be Lestat.

Terribly. He’s Lestat, after all!

My latest release is novella length, and isn’t a paranormal story. I write a huge variety of stuff. Paranormal is just part of it 😉 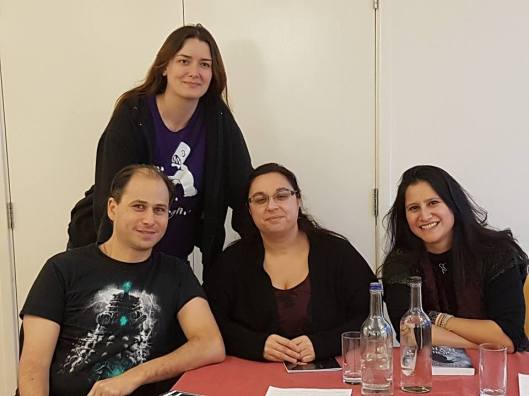